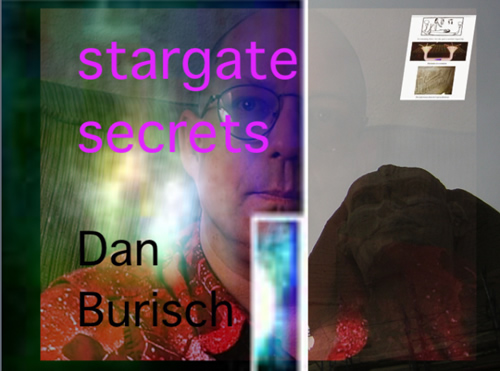 We were delighted to have the chance to interview Dan again almost a year after our first meeting -- for details of which please see below. In this second in-depth interview, which arose from our having presented him with a long list of questions of our own, Dan goes into great detail about both the technology and the politics of the Stargates and the Looking Glass. He also discusses the 'Cube', which may or may not be the same device as the fabled 'Yellow Book', or the 'Black Box' reported by our important witness Henry Deacon.

In this fascinating interview we found Dan once more to be outspoken, challenging, informed, values-driven, mischievous, human and likeable.

We also want to take this opportunity to publish an announcement, as supplied by Marci McDowell, who works closely with Dan. Marci asked us to make the following formal statement on Dan's behalf:

Dr. Dan Burisch is on a necessary hiatus from official public contact until later this year [December 2007].  Unfortunately, there is very little that I am allowed to say, regarding what Dan is doing.  We have informed the public that he is NOT working for Majestic.  Majestic no longer exists.  Dan retired from that group in September, 2006.  Majestic sat formally adjourned in October, 2005.

I can say that Dan's present activities are so important, pressing and secret that those in the new group, the group which took over from Majestic at the end of 2006, the group for whom he has agreed to make himself available, sought him out for this assignment and insisted that he is limited to no public contact until after December 14, 2007.  This will provide the time for him to complete his activities with them, and be debriefed from the assignment.  His present assignment is National Security related.  Due to the nature of the assignment, Dan has accepted and been sworn to a National Security Oath.

Following his activities for the new group, Dan and I will be publishing our new book, 'Emanation of the Solfeggio', which will detail cutting edge discoveries in the area of acoustics.  Next year, he and I will be speaking publicly (in person) about Project Lotus - the groundbreaking investigation into a strange silicate-associated phenomenon which may be altering the genomes of every living organism on planet earth.  We are presently scheduled for an academic venue and planning a general audience presentation. (Introductory video trailers are already on Google.)  A new edition of our work on Mars and Earth anomalies is also underway.

At the time of the interview Dan was unaware of this new development, and so this was not mentioned or discussed when we spoke. We have no further inside information, but can surmise that at least some of the issues raised in the interview are likely to be connected.

December 2007: indeed they were. Click here for full details of the information debriefed to us off-camera on 10 December 2007 at the end of Dan's 'sabbatical'. This concerned 'T1v83' (Timeline 1 variant 83) and what was seen about the near-term future at that period in the second half of 2007. This information is extremely important to understand.

Click here for a summary page on Dan Burisch (useful for those who may be unfamiliar with the very complex story). 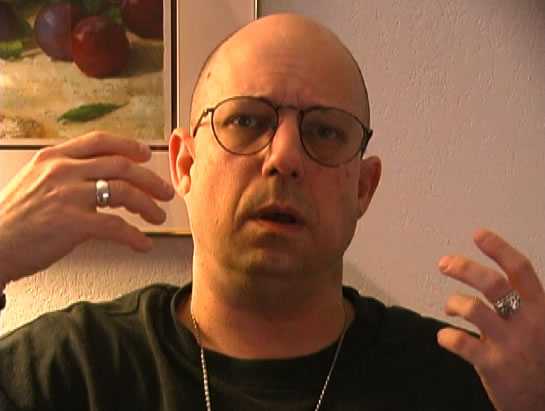 Most students and researchers of the UFO/alien phenomenon need no introduction to Dan Burisch. Articulate, provocative, human, compelling, and – as some insist – challenging to believe, Dan and his story are integral components of our efforts to understand and come to grips with the bewildering labyrinth that is the mystery of who the aliens are, why they are here, how we interact with them, and what may be at stake.

When Project Camelot was granted an interview with Dan, we traveled to Las Vegas not knowing what to expect. In Dan and his colleague Marci McDowell we found two very human people whom we quickly came to like. We built an excellent relationship with them, and shot over two hours of video which we present here.

Whatever you currently know, believe you know, or don't know about Dan's experiences, we think you will find it of significant interest.

Dan discusses his experience in Area 51, where he befriended a captive J-rod called Chi'el'ah; his complex relationship with Chi'el'ah, extending across decades and timelines; his connection with Majestic-12; the war between Majestic and the Illuminati; the race to close down the Looking Glass technology and secure the man-made stargates leading up to 2012; the calculated chance (19%, or 1 in 5), that 4 billion people will die from natural catastrophes triggered by the activation of the manmade stargates; the twists and turns of the convergent timeline paradox that affect the aliens from the future as much as they do ourselves; and much, much more.

In this unique interview, Dan is entertaining, humorous, serious, emotional, articulate and sincere, as he responds to incisive questions... all the questions we ourselves wanted to ask in order to better understand his experiences.

At the time of recording, it was thought that this might be his last interview. This unique testimony will give viewers a long, close-up look at the real Dan Burisch. We hope you enjoy and appreciate your time with him as much as we did.

For anyone who doubts Dan Burisch's testimony and sincerity, click here to view an 8 minute clip extracted by Marci McDowell from the security camera in his office. He talks emphatically about a number of important subjects and was not conscious he was being recorded.

We also feature this video for historical interest. Recorded in 2002, it played a major role in starting the wave of interest in Dan Burisch's testimony... and is not publicly available elsewhere as far as we know. (It streams from Google here, uploaded by ourselves.)

Click here for a complete transcript of the 2002 interview.

Click here for a detailed page on Project Looking Glass (including images).
Click here for a summary page on Dan Burisch (useful for those who may be unfamiliar with the very complex story).

1. The wormhole graphic in the top right corner of the 'Stargate Secrets' photo collage is by kind courtesy of William Henry.