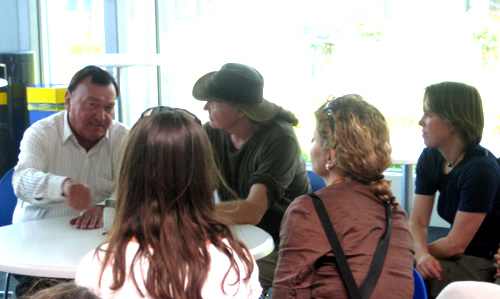 --- I want people to leave my Mystery Park feeling astounded. I share my view of the world. I ask many questions. I do not know all the answers.

I (Bill Ryan) first read Erich von Däniken's Chariots of the Gods in 1968, having saved up my pocket money as a 15 year old to buy a first edition hardback copy which became one of the earliest cornerstones in my library of the unexplained.

I was indeed astounded when I read his book - his first of many to come - understanding very clearly his thesis, which he wrote to appeal to the layman, not to scientists. I must have read it from cover to cover four or five times. 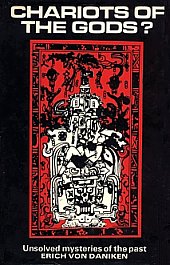 For that bold expository vision, I owed him a personal debt of thanks. And when I had the opportunity to visit his Mystery Park, in Interlaken, Switzerland - a high-tech, multimedia showcase of evidence for ancient ET contact - I wrote to von Däniken to ask if it might be possible to meet. I was there with a group of friends, and Erich made a special appearance for a few minutes to say hello. We were honored and delighted.

One of the group filmed the short conversation with a handycam, and we recorded the audio on a dictaphone. It is exactly as it appears: an impromptu meeting, and a brief personal conversation, in a public place. But for those who, like myself, appreciate him for making it so much easier for other researchers to follow ("I know Graham Hancock and Zecharia Sitchin well," Erich said. "We all keep in touch") - they may find this brief encounter most interesting. Enjoy...