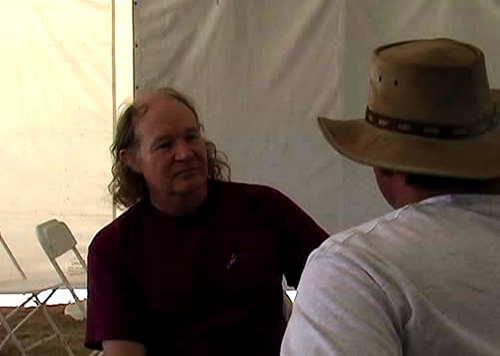 "Mr X", as he has come to be known, came forward quite unexpectedly in December 2005, posting a message to Bill Ryan on the Serpo website contact page. His story was unusual and important. He claimed that, back in the 1980s, he was employed by a Californian defense contractor as an archivist. Working long hours in a locked vault, he opened large mail bags full of photos, videotapes, alien artifacts, and volumes of top secret eyes-only documents that told the story behind Roswell, alien visitation and the government's careful handling of what was documented evidence of reverse engineering of alien craft.

Softly spoken, polite and truthful to a fault in all appearances, Mr X was hard to ignore and impossible to disregard as anything but what he seemed to be: a hard working believer in the ET presence and courageous crusader on behalf of disclosure. He has chosen to put himself and his family on the line in coming forward. We salute him and applaud his valor.

Click here for a transcript of the video interview.